Our Advanced Engineering Technician apprenticeship programme will take on 50 individuals in preparation for long-term roles with the Company. Our first cohort of 15 apprentices started in September 2019. 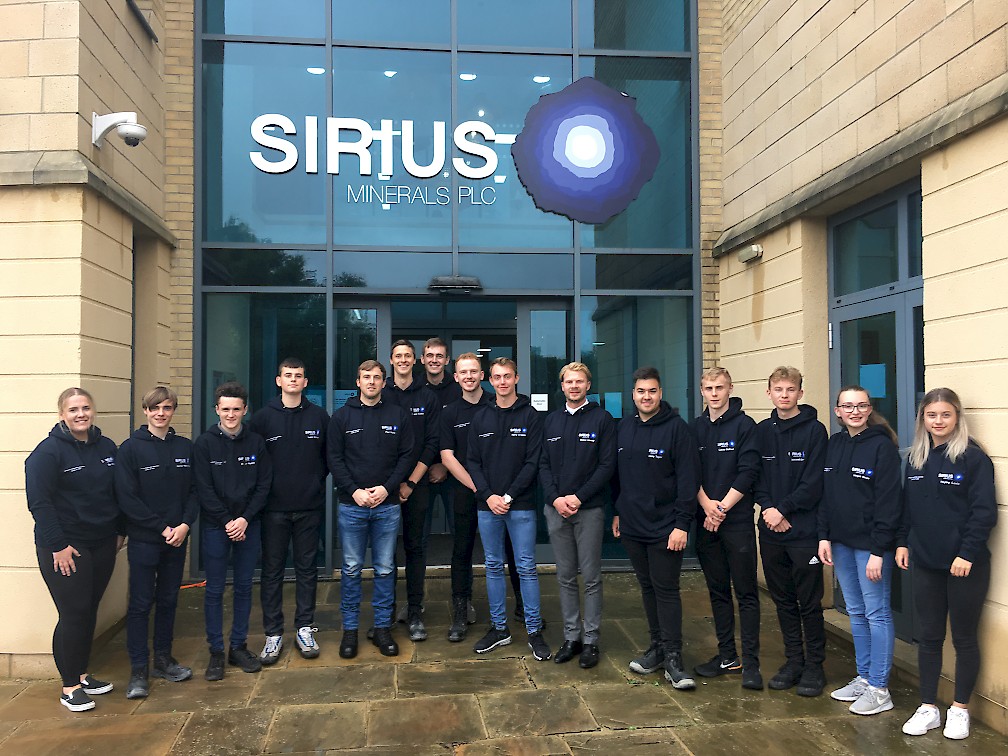 As an apprentice engineer with us, you will study for a nationally-recognised qualification while gaining paid, hands-on experience on one of the most exciting mining projects in the world. It's an exciting, multi-skilled apprenticeship programme which will focus on developing a sound knowledge of electrical, mechanical and instrumentation principles and putting those into practice.

The four-year course will combine working with us alongside your studies at the TTE Technical Institute in Middlesbrough, the region’s leading engineering apprenticeship provider. You will spend your first two years developing your knowledge at the Woodsmith Mine site offices in Whitby, and learning practical skills at the TTE Technical Institute training facility. The remaining two years will be spent working for Sirius full time, gaining hands-on training to equip you for your career in mining operations.

If you're a bright and ambitious team player with a strong work ethic, good communication and problem-solving skills, we want to hear from you! You'll also need to be 16 or over by the end of the summer holidays in 2019 and have a minimum of five GCSEs at grade 4 or above (including maths and English) or an equivalent qualification.

As part of our strategy to grow a local workforce, the Company has a firm commitment to taking on apprentices and helping young people to learn and gain the qualifications the need, whilst progressing in their roles.

Five apprentices have already been employed by the Company in finance, IT and administrative roles. All have progressed well and have been recognised in local apprenticeship awards for their achievements. 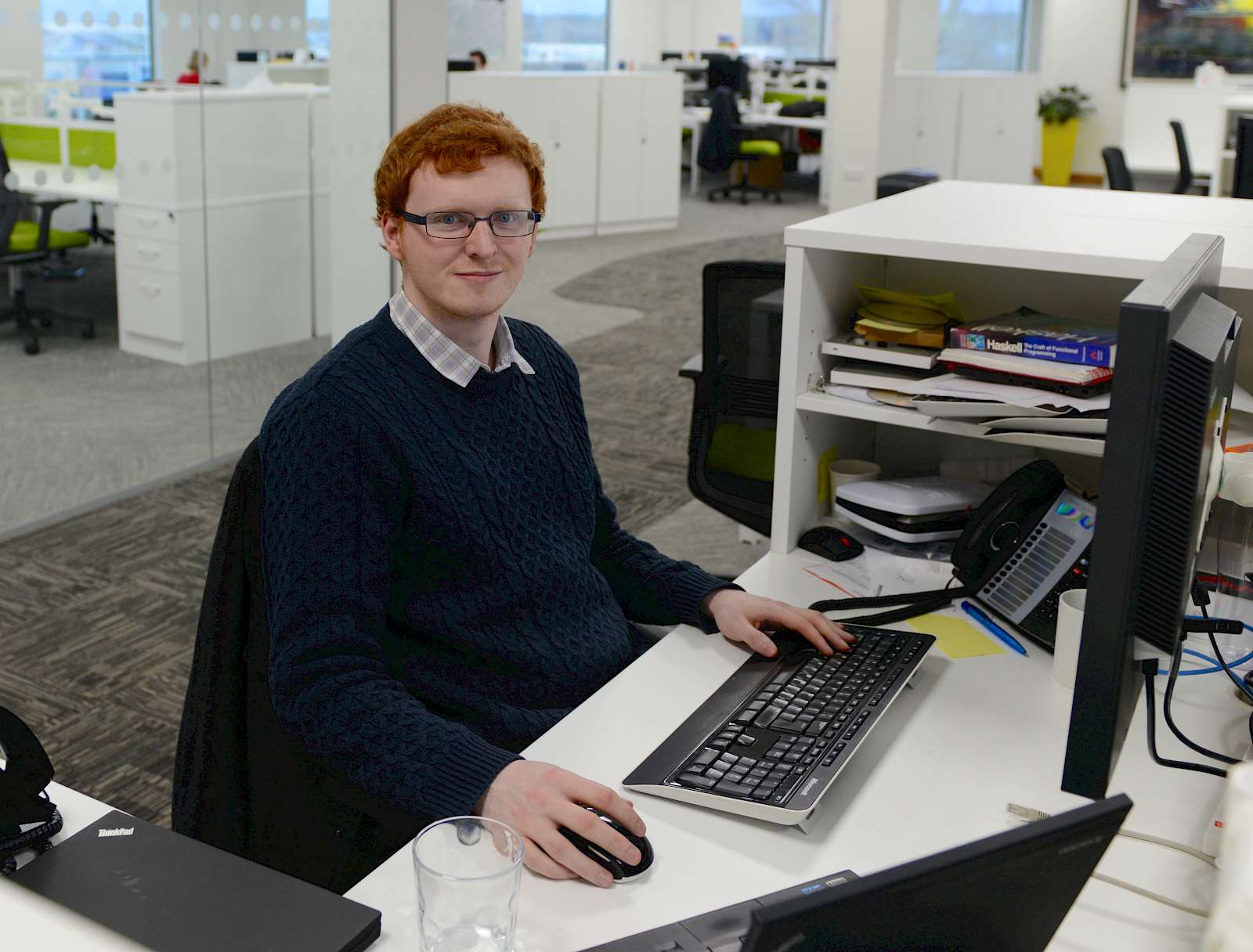 Lee Readman, from Whitby, was drawn to an apprenticeship at Sirius Minerals when he realised how unique the Project would be to the local area and the opportunities that it would create.

Since joining the Company over four years ago as an IT apprentice, Lee has received a solid base of training, support and development which has enabled him to complete a Level 3 certificate in ICT Systems and Principles followed by a Level 3 in ICT Professional Competence.

Following a period as an IT assistant, Lee has now progressed to a full-time managerial role within the IT team and is the valuable first point of contact for staff throughout the business for numerous IT queries.

“There are always new, interesting challenges to overcome, along with gaining the valuable work experience working on a project like this provides. Working with an experienced team has allowed me to learn valuable new skills and provides opportunities for further development”.

“My role has progressed from helping with day-to-day end user technical support to making sure IT systems are up and running and assisting in the implementation of new systems that are required as the project grows”.

Scarborough-born Georgina Warters started her apprenticeship in Business Administration in July 2014, shortly after completing A-Levels in Law and Business.

Since starting with Sirius Minerals, 21-year old Georgina has completed her Level 2 diploma and is looking forward to completing her level 3 qualification in June 2017.

Georgina has enjoyed working across multiple teams with a diverse range of staff. She built a strong rapport with staff and customers and didn’t take long to establish herself as a valued member of the team. She soon made progress within the Company now sits within the Finance team as the PA to the Finance Director, Thomas Staley.

“As well as exciting, hands-on training, my apprenticeship has given me a good insight into everything that goes on to support the Project and all the different aspects that each team works on, enabling me to learn a variety of skills and find out which areas I enjoy the most”.

“Sirius is such a big, exciting project for the area that presents lots of opportunities, so it is great to be in the office to see it all developing. It is also such a friendly team to be part of with a good office atmosphere”.

Alice was born and grew up in Scarborough. Like many young people in the area who decide not to go to university, Alice found employment in the hospitality sector on leaving college. What had previously been weekend and holiday work became a full-time job.

In 2012, Alice became one of the first cohort of apprentices at Sirius Minerals, joining the company as a business administration apprentice. After a year, Alice progressed from a Level 2 apprenticeship to Level 3, which she successfully completed in 2015. Alice spent one day a week at Yorkshire Coast College, now known as Scarborough TEC, where she worked towards her qualifications alongside her work based learning.

In her role, Alice undertook a range of administrative duties across a variety of departments. This included a temporary spell in a senior position, covering for maternity leave, as the office manager / executive assistant at the company’s London office. In 2015 Alice won 'Administration Apprentice of the Year' at the Scarborough Business Awards.

Alice progressed into the role of contracts officer in early 2017. The position is part of the the commercial department of the project development team, and involves engaging potential suppliers, negotiating rates and providing contract management support.

She has now started a Chartered Manager Degree Apprenticeship (CMDA) at Coventry University, Scarborough Campus. This is the perfect vehicle to enable Alice to gain the skills, knowledge and behaviours required to help her in current role and to progress her career in contract management. The four-year degree apprenticeship will result in Alice will gaining an academic degree qualification – BA (Hons) Management and Leadership – together with accreditation with the Chartered Management Institute.

Apprenticeships are an important part of Sirius’s strategy to grow a local workforce. The Company has a firm commitment to take on apprentices and help young people to learn and gain the qualifications they need, whilst progressing in their roles. Degree apprenticeships will help the company to develop leadership talent and grow the higher-level skills it needs in order to meet its business goals.