The first 1,800-tonne tunnel boring machine (“TBM”) that will be used to construct Sirius Minerals’ 23 mile mineral transportation tunnel from Teesside to Whitby, has arrived. 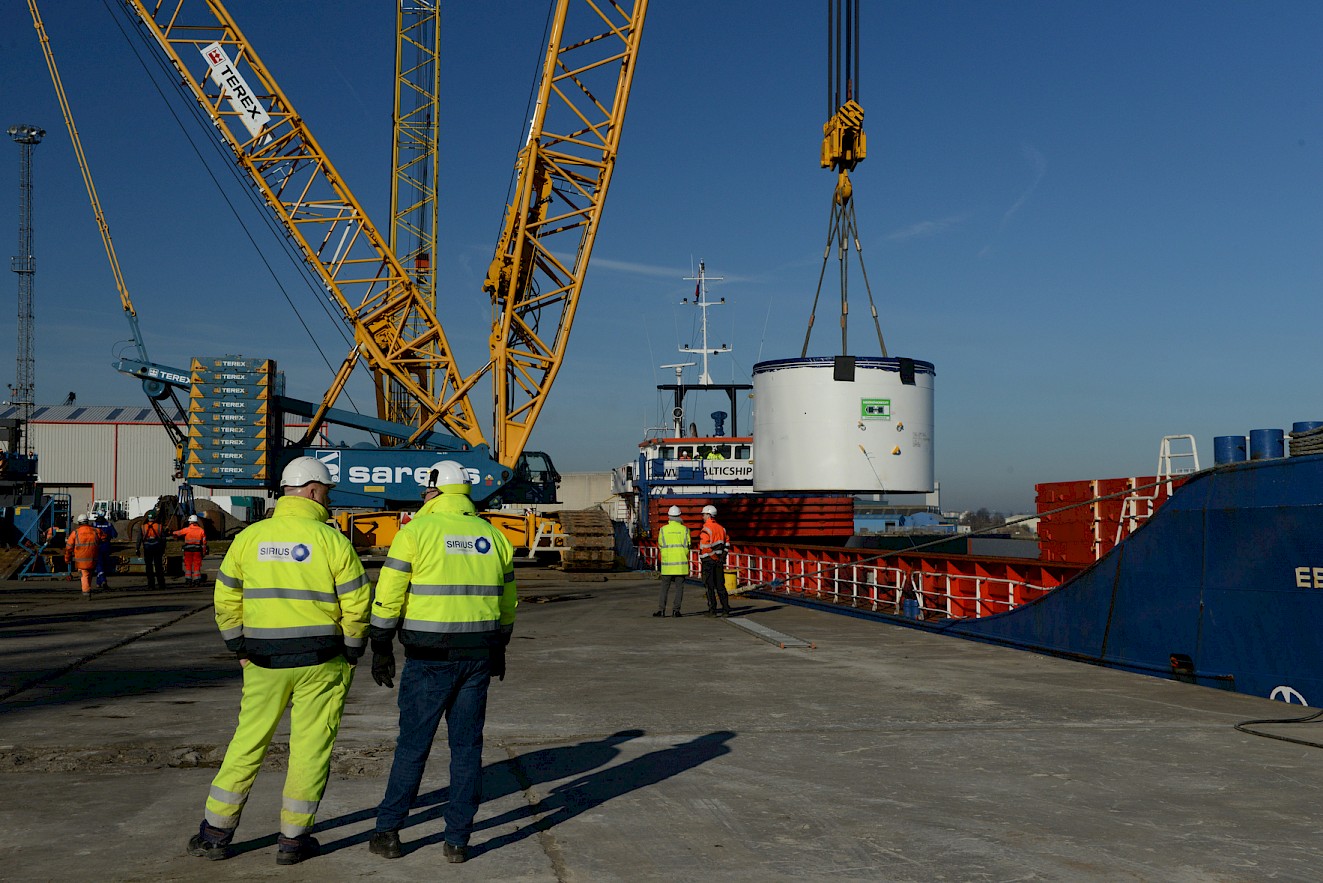 The tunnel will be capable of transporting up to 20 million tonnes a year of polyhalite, a naturally occurring multi-nutrient fertiliser. An underground conveyor belt will connect the company’s new multi-billion pound mine near Whitby, to a purpose-built processing and shipping facility in the shadows of the former Redcar Steelworks. From there, the final product will be shipped to customers all around the world.

The main parts of the 225-metre-long machine arrived at AV Dawson’s Heavy Lift Port on the Teesside Docks on Friday morning after a seven-day journey across road, river and sea, from a specialist factory in western Germany. They then moved in convoy through Middlesbrough on Saturday morning, to the Sirius Minerals construction site at Wilton International, where the machine will be reassembled.

Children from primary schools across Redcar and Cleveland have been given the opportunity to enter a competition to name the machine. The winning name will be unveiled when the machine starts tunnelling in the second quarter of the year.

Tunnel contractor STRABAG, which also worked on the 35 mile Gotthard Base Tunnel under the Alps, has already recruited 400 workers to excavate the tunnel, with three quarters of them coming from the local area. They are part of a 900 strong workforce currently involved in building the project, a figure that will have grown to 1,700 by the time the mineshafts reach first polyhalite in 2021. A further 2,500 long term direct and indirect jobs are expected to be created when the mine is fully operational.

“The arrival of our first tunnel boring machine represents an exciting milestone for the company and the region. We continue to make good progress delivering our world class project, as we invest in the local area and create jobs and supply chain opportunities.”

The machine will bore the first of three separate tunnel drives which will make up the 37km tunnel from the mine, near Whitby, to the Teesside processing facility. Two other machines are planned to be launched in 2020 from Whitby and Lockwood Beck, near Guisborough, to complete the final 15 miles of the six-metre diameter tunnel. Each TBM will operate 24 hours a day, 7 days a week, lining the tunnel with concrete segments as they go.

Sirius expect to reach the polyhalite seam in 2021 and to be producing 10 million tonnes of fertiliser per annum by 2024.