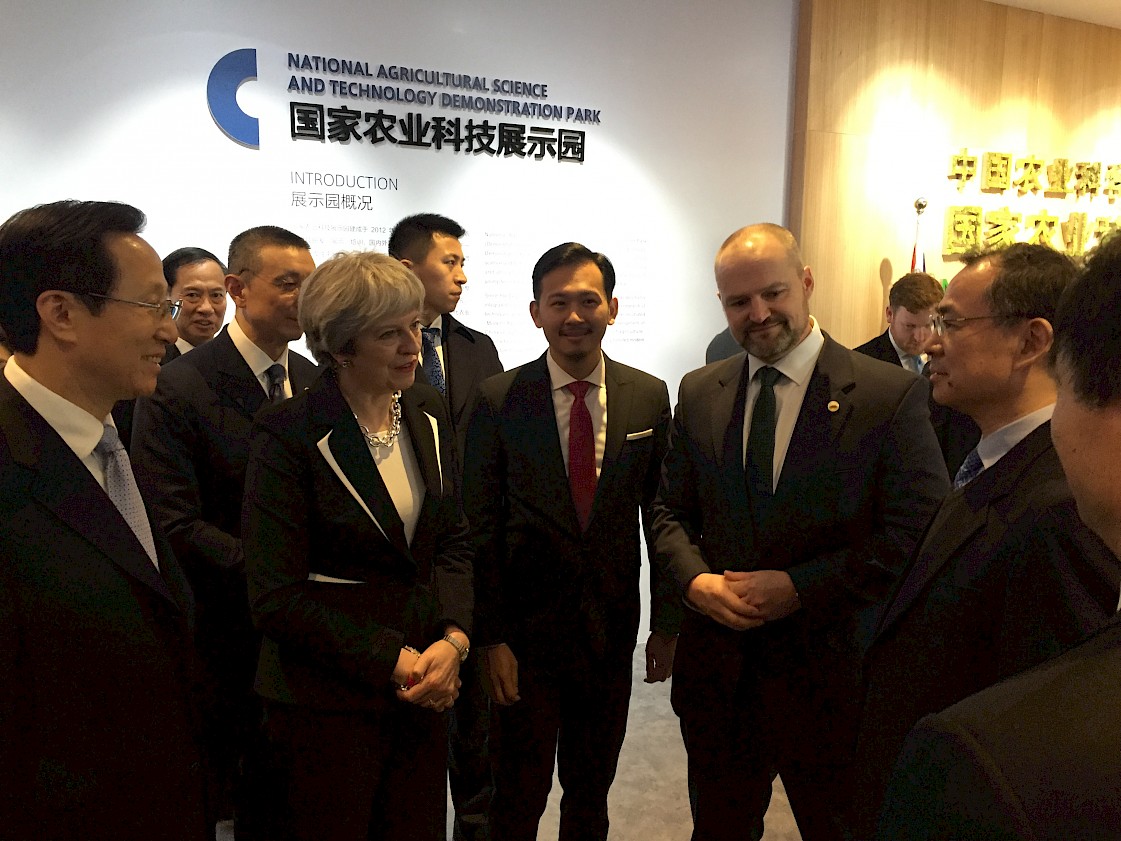 Sirius Minerals has joined the Prime Minister on her trade mission to China this week as she sought to develop stronger post-Brexit bilateral trade links.

The Scarborough-based fertilizer development company formed part of the largest ever trade delegation of 50 British companies, universities and trade associations travelling with Theresa May and the trade secretary, Liam Fox to Wuhan, Beijing and Shanghai. CEO Chris Fraser also attended the first meeting of the UK-China CEO Council, chaired by the Prime Minister.

Among those joining Mrs May and Sirius on the visit were blue-chip public companies such as BP, HSBC, Inmarsat, Standard Chartered Bank, Standard Life Aberdeen, Jaguar Land Rover and the London Stock Exchange Group.

“China is an important market for us as it faces more pressures on its crop production due to an increasing population and soil nutrient deficiencies,” said Mr Fraser. “We already have important customers in the country and visits like this are an important way of strengthening relationships with partners that we expect to last for many decades.”

Sirius Mineral’s Woodsmith Mine, currently under construction near Whitby, North Yorkshire, will produce up to 20 million tonnes a year of polyhalite, a multi-nutrient fertilizer that is shown to improve yield and quality in crops. It is due to enter production in late 2021 and be fully operational by 2024, creating thousands of jobs and generating up to £2.5bn of annual exports.

During the three-day tour, Mrs May signed a cooperation agreement on trade and investments, in which China agreed to open itself up to the UK market and import British goods, including agricultural products.

"There are huge trade opportunities in China that we want to help British businesses take advantage of," she said. “That is why I’ve taken a large multi-sector business delegation with me, representing all corners of the UK and sectors in which the UK excels.”